The Power of Saying Yes … and No 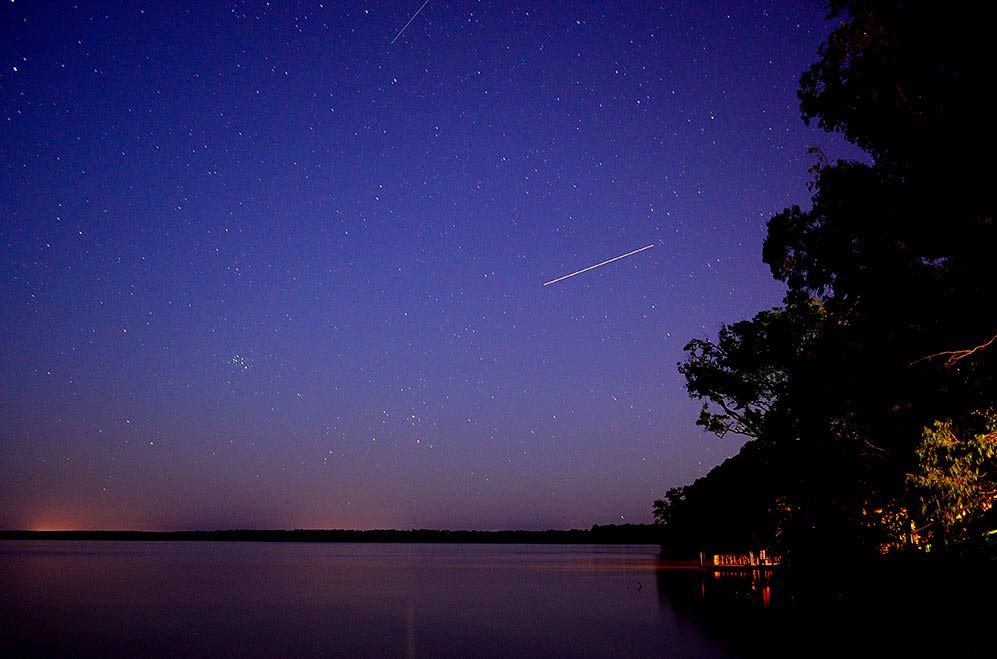 It is not in the stars to hold our destiny but in ourselves. – William Shakespeare

The power we wield over destiny comes down to saying yes and saying no in life’s smaller moments.  The vignette that follows demonstrates how saying yes to one small moment made a big difference to my family.

If there is a shooting star in range, my husband will spot it. He is delighted every time. I had a years-long streak of not seeing a single shooting star. I thought my husband was simply luckier than I am. I was wrong.

Last year, on a frigid winter night, a large pot simmered with sauce on the stove-top. Another pot had just roared to a boil. I reached over for the pasta.

“Mom! Come play football with me,” my eldest son said as he burst into the kitchen. I was tickled by the request. After all, the sports gene completely jumped over both his parents. Still, I was busy. It was a school night. I wanted to stay on schedule.  I was saying yes to looking down at my watch and staying on top of things.

“OK,” he said and he turned around. I sensed his disappointment.

I looked at the pot of boiling water and then at the coats and gloves hanging by the door. For a moment, I thought about how much fun it would be. Then, I sighed.  After all, I knew I wouldn’t  be playing with one boy, I would be playing with four boys. And for what five minutes? It was a very cold winter night.

“I don’t play foot … ,” I started to explain. I didn’t complete the sentence, because it would have been a lie. It wasn’t that I didn’t play football, it was that lately, I didn’t play. I wanted to play! So I turned off the burner and found myself saying Yes — I’ll play!

We layered up and soon I was outside with four excited boys age 3 to 10. After two minutes of tossing the ball and running around, they froze in their tracks and stared up.

I overheard the older boys pointing out Orion’s specific stars. I smiled as I remembered how my husband and I noticed the same constellation on our first date. Suddenly, I felt truly present. I was as aware of the gratitude swelling within as I was the numbness of my nose. Then, it happened. The boys shouted with joy as we all saw a light skate across the sky before fading away.

“A shooting star!” my children shouted.

Magic mixed in the air. I felt the world saying Yes, I see you seeing me.

As I watched them, I realized my husband isn’t any luckier than I am. He is in the habit of saying yes. And, he tends to look up.

For every yes to life and living, and to pursuing dreams. There is at least one no. In fact, we can’t really say yes until we learn to say no. That night, I said yes to my son. More importantly, I said no to looking down and “staying on top of things.”

People think focus means saying yes to the thing you’ve got to focus on. But that’s not what it means at all. It means saying no to the hundred other good ideas that there are. You have to pick carefully. I’m actually as proud of the things we haven’t done as the things I have done. Innovation is saying ‘no’ to 1000 things.

← Your Future Self Can Help You Meet Your Goals? Start Living Authentically →

If you are ready to say YES to what matters most to you, sign up for one of our webinars or join our membership program. Learn to live Soul & Steady.

Sign up for the Soul and Steady newsletter to receive a free copy of "soul & Steady Workbook", a workbook to help you get in touch with what matters most to you and how you are standing in the way of your own success.

You have successfully subscribed!